The Mermaid Inn, in Rye is so much more than just an historic hotel as John Greenwood discovered on a recent visit…

The last time I was at The Mermaid Inn in Rye was around five years ago, when four of us who’d formed a small drama group asked if we could perform our re-enactment of the story of The Hawkhurst Gang there. If you’re not familiar with them then in brief they were a band of infamous 18th century smugglers. We performed their fascinating story in front of a small audience in the historic hotel’s café style theatre by candlelight.

The synergy between the Mermaid Inn and The Hawkhurst Gang is well documented. The gang were famous for displaying their weapons on the tables in the bar, often meeting there to plot the next contraband lift from the nearby coastline. They were audacious, ruthless and lawless. The bar with its huge iconic inglenook fireplace almost echoes their conversations.

We didn’t appreciate the energy that we were stirring up at the time of our performance until a flute that had been placed on a music stand spookily flew off and hit the floor without any human assistance. We then realised that messing with The Hawkhurst Gang could have its consequences…

But that was then, and so on my most recent visit to this hostelry I was determined to discover what makes this quirky place tick. I also wanted to discover why it continues to be so popular as a hotel and dining experience – and yes, if I’m honest I wanted to see if I could re-awaken a ghost into action again!

The Mermaid Inn is a quintessential historic building, boasting thousands of beams and sloping creaky floors with corridors that leave you baffled and confused when trying to find your room after the bar has closed. On a midnight stalk around the place I discovered quirky things, especially a sign that stopped me in my tracks and forced me to focus on the words – ‘Us ghosts have been here longer than you!’ I chuckled, in a slightly nervous way. My four poster room was next to a room called ‘Fairall’. Now I know from my research that William Fairall was one of the nastiest of the smugglers, is it his spirit that spooked us those years ago and features in guest reports of hauntings?

The Mermaid Inn’s dinning room is what you would hope for. Its low, ambient lighting, impressive beams and roaring fire, promises an enjoyable dining experience. It isn’t chattery and clattery but there is certainly a buzz of anticipation and the acoustics allow for flirtatious exchanges before the main event of eating, without the nearby table catching your drift!

The china is Villeroy & Boch and there’s Chateau d’Angludet Cru on the wine list – another couple of fine dining hallmarks. I would suggest you opt for the 3-course dinner menu for around £45.00 as it allows you to enjoy the range of culinary delights on offer. The table service is impeccable and our waiting staff were very well informed about each dish.

I enjoyed smoked ham hock with huss and duck liver terrine and caramelised apple to start followed by English rose veal loin with a lovely sauce that disguised a slightly too rare piece of veal that was back in the pan without a fuss. The vegetarian option of Kohlrabi Tagine with coconut rice and Kohlrabi ravioli was a delight. I must accentuate the positive here and admit that I might have to search around to beat this dish. Well done chef.

The cheeseboard was also excellent boasting generous slices of English and French cheese with pickled walnuts. When did you last have that with cheese? It was delightful.

After dinner my guest and I retired to the lounge for coffee and petit fours and it became clear to me as to why this hotel has such a high occupancy most of the time and constant demand for the restaurant especially at weekends. There is something delightfully quirky about this place that calls on you to return for more fun and good value food experience.

As for another sighting of a ghost there well that eluded me this time round so I guess I’ll just have to return soon! 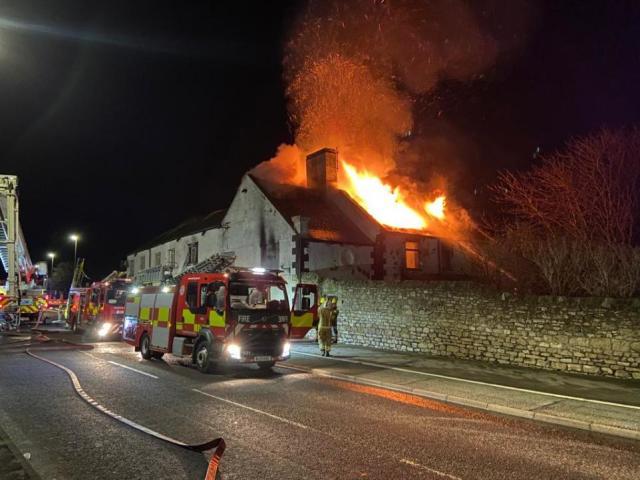