PlanetSKI reports from Les3Vallees on the impact as some resorts may see 40% of their business wiped out. The French government has promised some compensation, but not for UK companies and likely not for many seasonal and part-time workers. NEW

It was a strange feeling as the news spread last Thursday that the Brits were effectively to be banned from French ski resorts due to the new travel restrictions.

The slopes looked the same, the skiing remained as good as it had been all week.

The sky was deep blue and the sun shining.

Yet a seismic shift had just happened.

The upcoming Xmas and New Year holidays that people had been looking forward to and planning for months has just been dealt a body blow. 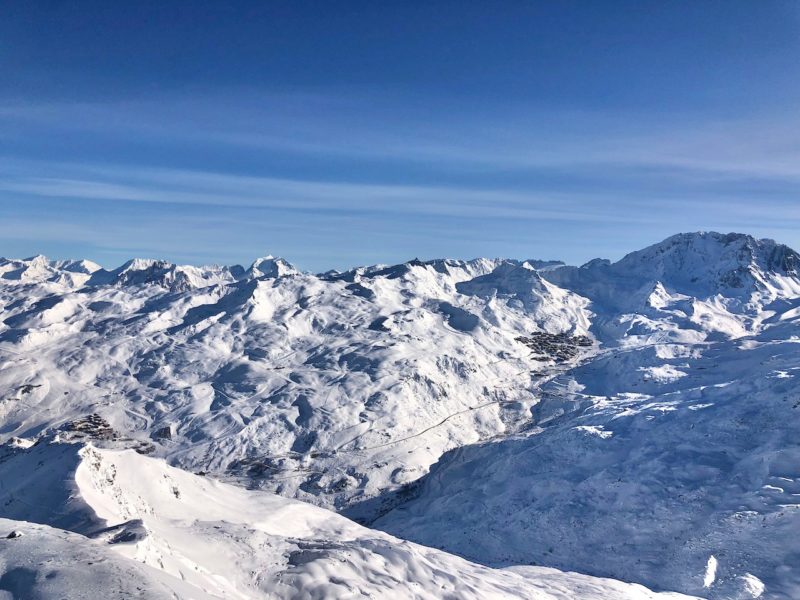 The resorts in Les3Vallees are heavily dependent on British visitors.

The news of the ban was quickly confirmed, and I took immediate soundings.

“It is a disaster,” said one of the lift operators as I told him the news.

A waiter in a mountain restaurant said it was what they had all been dreading, “a third winter damaged by covid-19 rules, we cannot go on like this.”

He said his work not only feeds the mouths in the restaurant he works in, but also “my family in the valley way down below”.

The British make up the single biggest foreign group of visitors to French ski resorts.

They make up 9% of all clients and in some resorts in Les3Vallees it is up to 40%.

“Brits love the mountains and don’t really have that many in their country, so they’ve made the French mountains their own,” said Jean-Marc Silva, of the France Montagne to the Reuters news agency.

“It’s not the same clientele as the French,” he continued.

“The French visitor is here to ski. The British visitor will ski but will also be the first at the after-ski activities … They have this pub culture. They spend more than others. They really make the most of being there.”

Here on PlanetSKI we reported on the news and reaction to it as the ban was announced. 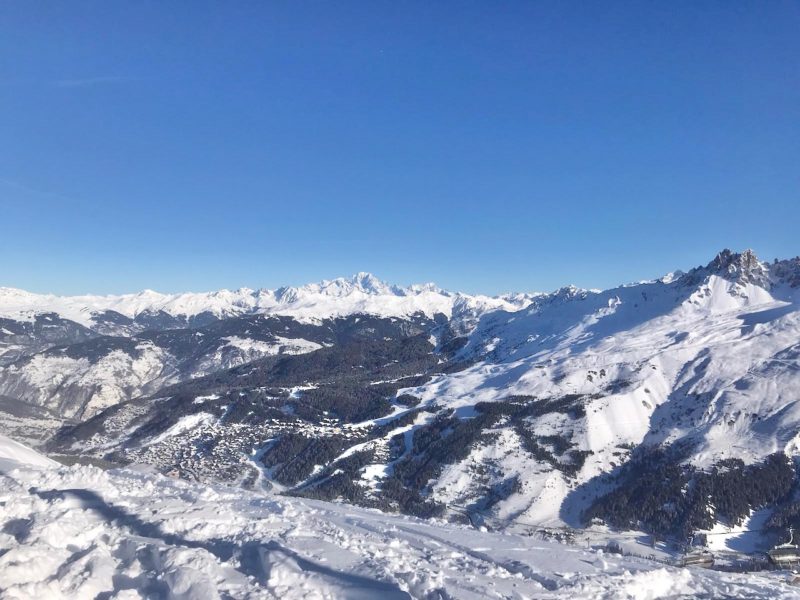 “The domestic French market is enormous, but the reality is that the Brits and international travellers make up the ‘profit’ of most businesses in resort, so the travel restrictions have been a complete disaster for almost every corner of resort life,” said the international marketing manger for Intersport, Chris Moran, to me.

Intersport is an equipment rental company with multiple outlets in all the major ski resorts in France.

“Intersport is lucky because while we see people cancel in France we are of course seeing more bookings change to Switzerland and Austria.

“And because our customers automatically get a full refund if any of their travel plans change for whatever reason, we are all – our shops and customers – able to ride out these changes quite efficiently.

“But we are obviously extremely unhappy about the situation, and we are so unbelievably sorry on behalf of the people whose holidays have been ruined.”

The situation I have found in the resorts of Les3Vallees is the same across other French ski areas.

In Alpe d’Huez, in the Isere region of France, the British account for 25% of visitors.

The head of the tourism office, François Badjily, said to Reuters that hopefully losses would be contained over Christmas, when the majority of clients are French.

“But in January, when the French don’t go much on holidays, where we have a lot of foreign tourists, it will be a real hit,” he said.

“These are clients who spend more on average than others, who take ski lessons, who go to the restaurants, who go out a lot, so losing a quarter of visitors will be losing more than a quarter of our business.”

It is a similar picture in Chamonix where before the pandemic the British made up 25% of international visitors.

“If this continues this season, it’ll be a big loss of earnings… up to 50% of my annual earnings is through the winter,” said Dave Searle of the British Association of Mountain Guides in Chamonix  to the BBC.

“I guess I’m worried it’s just going to keep doing this every winter. And if I’m losing half my earnings every year, I need to find a new profession.

“It does make sense in some ways and it’s all about keeping people safe and hospitals empty, but perhaps it does also feel like a bit of a knee-jerk reaction, singling out one country.” 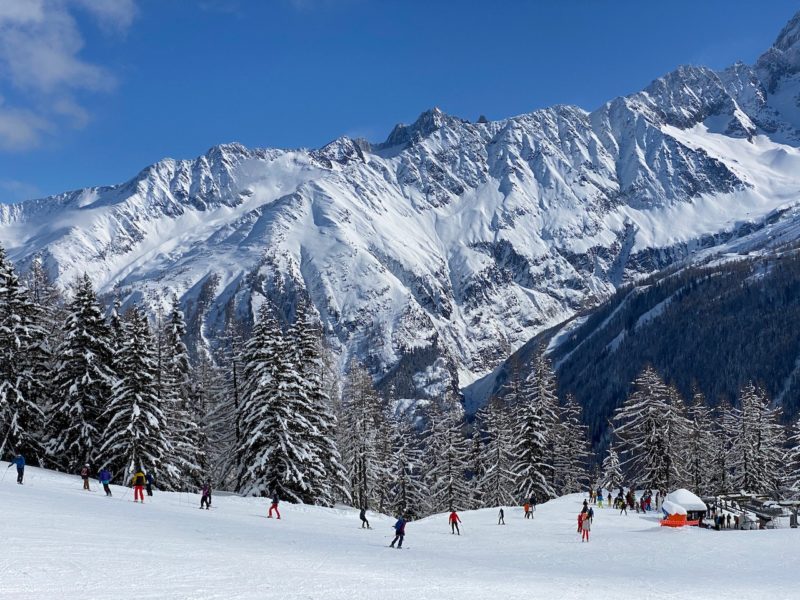 The French government has said it may compensate ski resorts affected by the travel ban on British skiers and snowboarders.

The French tourism minister, Jean-Baptiste Lemoyne,  has said he would look at the impact of the loss of UK business in ski resorts over the next few weeks and introduce measures to help those affected.

He said not all resorts would be impacted equally by the loss of British visitors.

No details were given on what the compensation package might be.

“We are going to look at the figures…and we will do what we need to cushion the impact,” he said to C News and BFM TV.

He added that he wanted to encourage more French tourists, to go to the resorts to make up for lost earnings.

Val d’Isere has described the situation as “an economic disaster”.

The resorts in France have also been harmed by a new national lockdown in Holland that will last until mid-January.

France is a popular destination for the Dutch and represents around 5% visitors to French ski resorts.

It should though be pointed out that the resorts have been here for decades and will be here for many more decades to come.

They are multi-million pound businesses and though losing the British for an important part of the season is far from ideal, it is not fatal.

Severely impacted are the UK operators that are being offered no form of compensation, from the French authorities or British government.

For them it is very tough, especially the smaller, specialist operators.

Many have cancelled all holidays to France until at least January 4th and are urging people to re-book for later in the season.

“Following the news that people travelling from the UK are only allowed to enter France for essential travel reasons, we’ve made the decision to suspend all Inghams and Esprit departures to France,” said the Hotelplan UK CEO, Joe Ponte.

“We are hugely disappointed for our customers looking forward to a ski holiday in France in the coming weeks,” he added.

Here on the slopes on Les3Vallees there is a feeling of anger and resentment that all the plans and work of the last few months to welcome British skiers has come to nothing.

Resorts have spent huge amounts of time and money, making sure skiing would be safe – from establishing testing centres to installing signs.

It has been a mammoth effort. 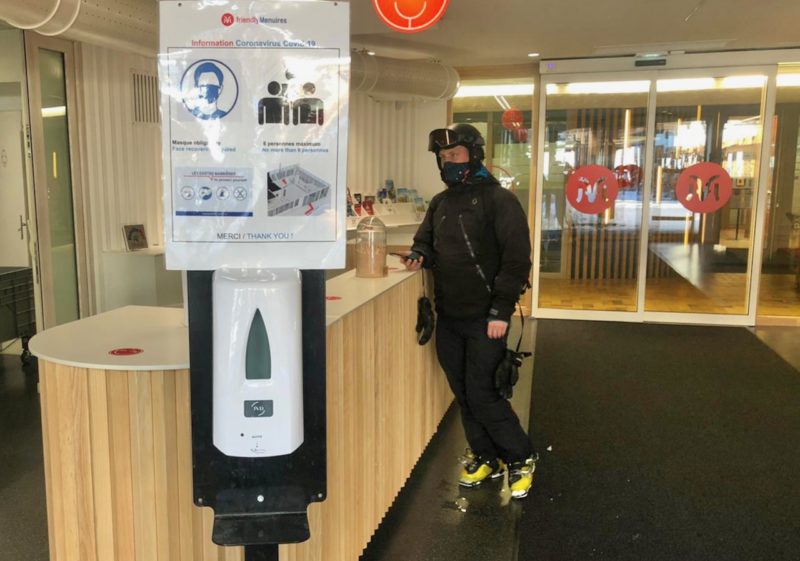 I looked at the reality of skiing in France and how the safety measures are being implemented in an earlier article on PlanetSKI: 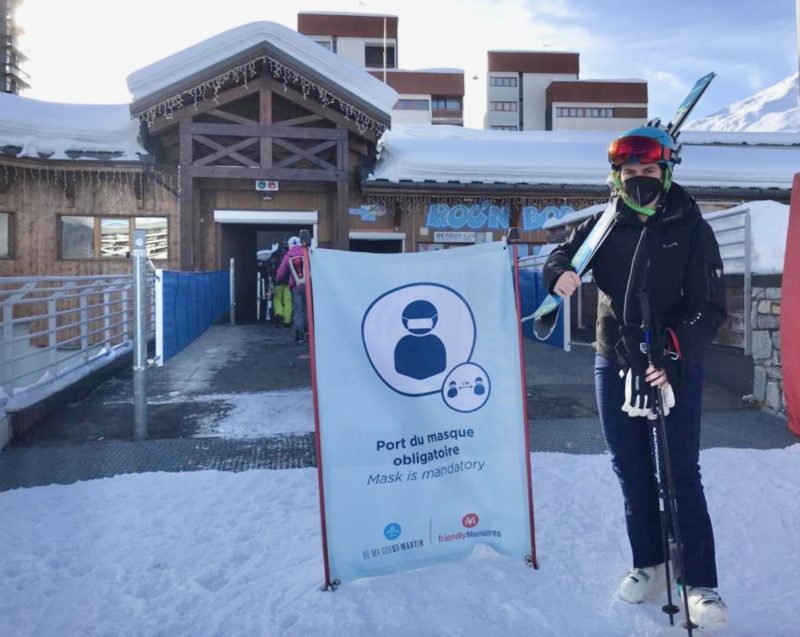 For those of us lucky enough to have arrived before the travel ban was introduced it has been a fabulous time out here in the French Alps.

The resorts are disappointed that huge numbers of British skiers and snowboarders will, for the time being, not be able to experience what I have this past week or so.

It is something of an understatement to say that here in the French Alps they are looking forward to when things re-open for the British. 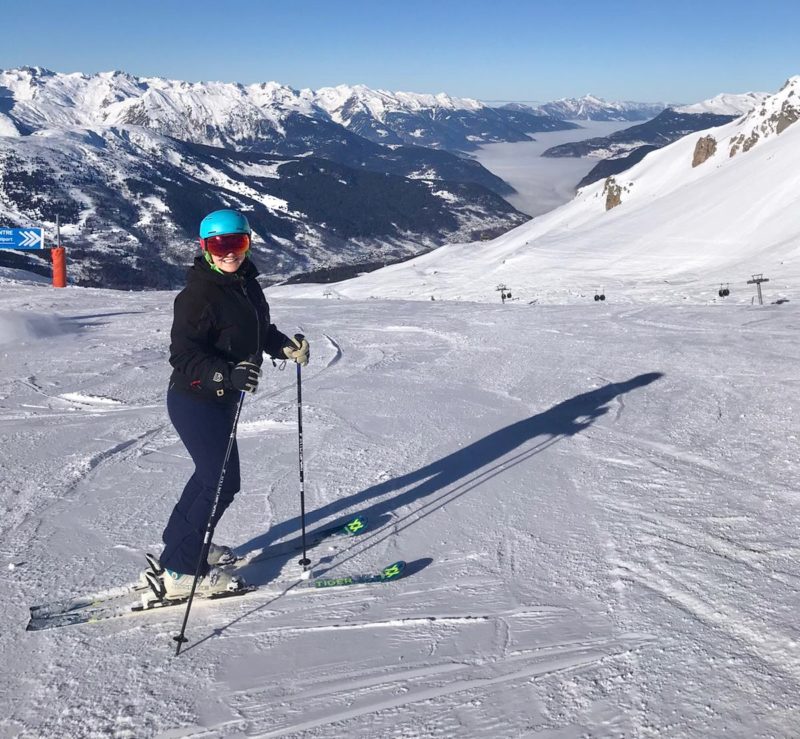 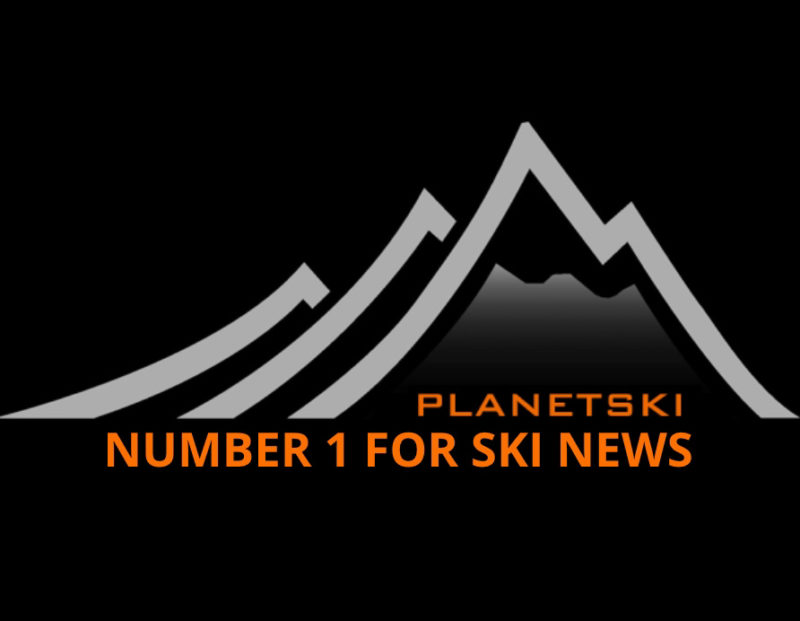 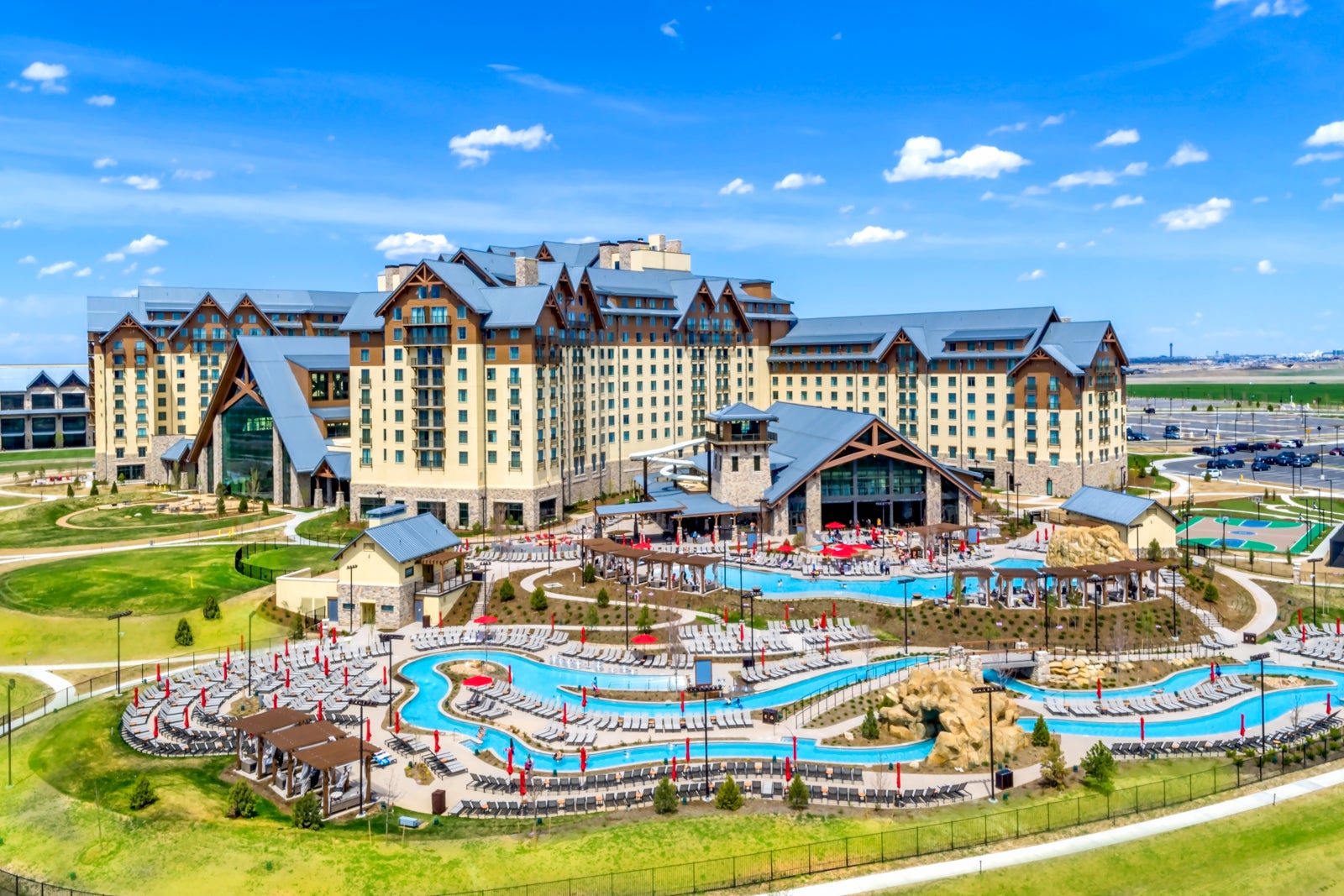 Something for everyone: 6 things to know before you visit a Gaylord resort 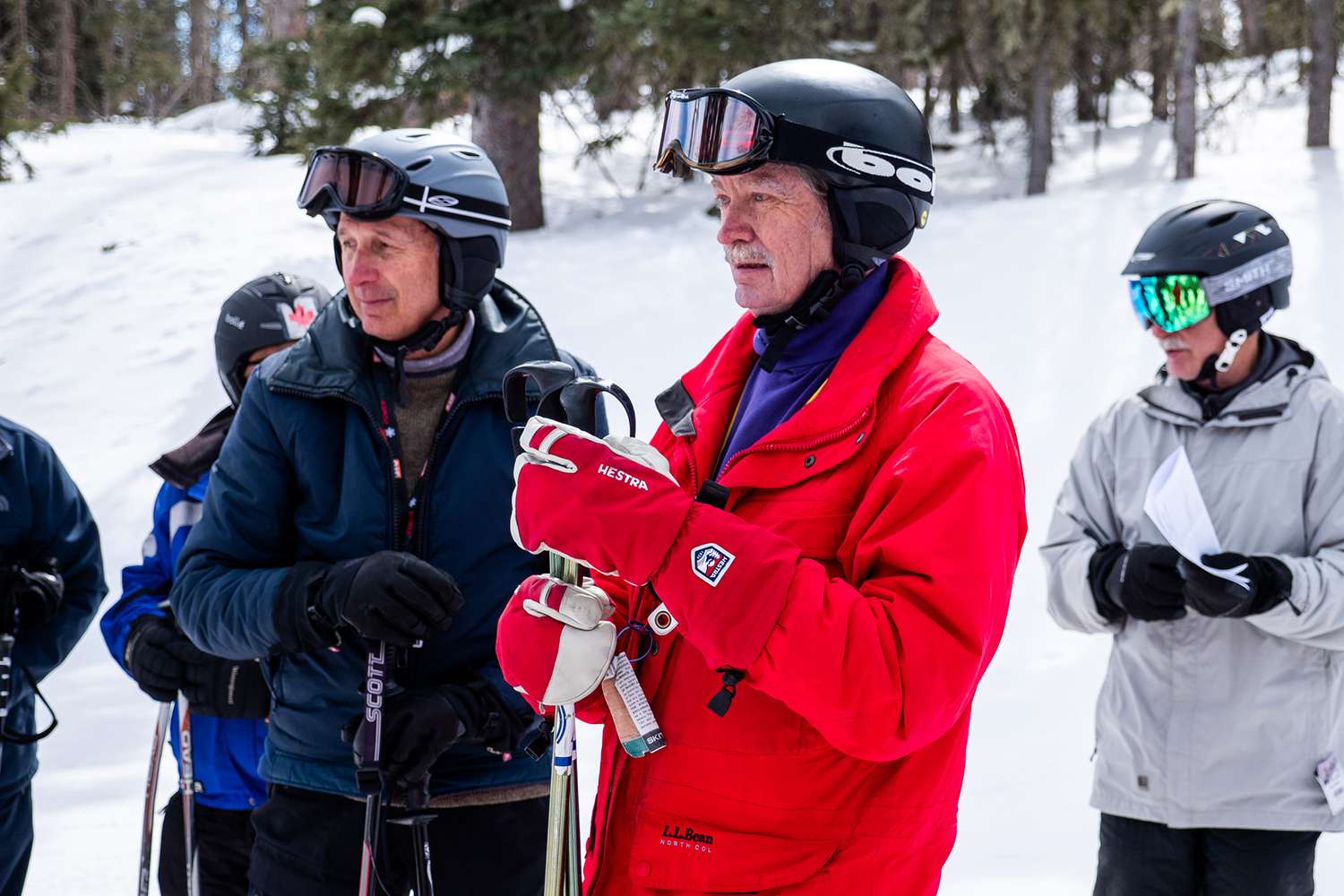