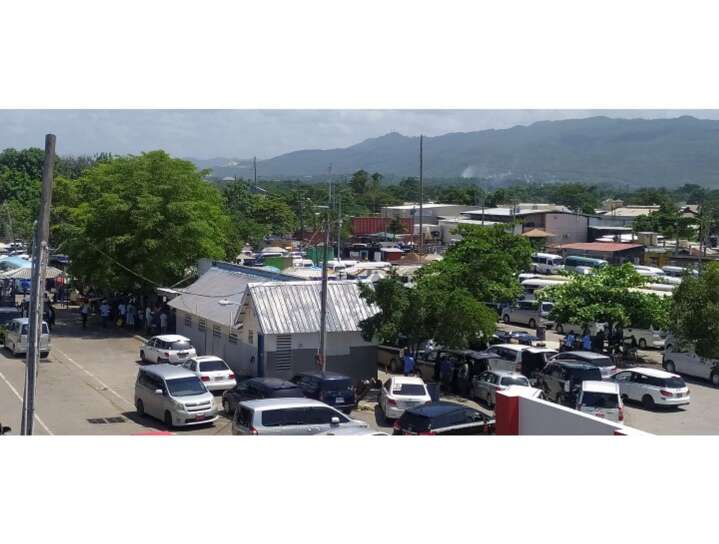 The transportation centre in Montego Bay

MONTEGO BAY, St James — A little under a month after drivers who use the transportation centre in Montego Bay staged a protest to call attention to its inadequacies, the St James Municipal Corporation has begun efforts to expand the facility.

According to the corporation’s CEO Gerald Lee, they are trying to get more land.

“We’re in the development stage; we’re looking at getting some extra land in the vicinity. Most of those lands are owned by the Railway Corporation [of Jamaica] so we are in discussion with them to allow us to use some sections of their land which will allow us to expand the transport centre,” he told the Jamaica Observer.

The move, he said, already has the support of other stakeholders.

“We have the support of the Member of Parliament [for St James Central Heroy Clarke] and so on. We are all working together to see if we can expand the transport centre so that everybody can come there,” Lee added.

During their protest on August 22, several taxi and bus operators expressed concern that the centre was too small to accommodate them all. They have had challenges with the facility for years but those issues resurfaced after a recent police clampdown on those who fail to use designated parking facilities. Moving public passenger vehicles from the streets to transportation centres is seen as one of the ways to minimise traffic congestion and restore public order on the streets of Montego Bay.

“We know that right now some people are seemingly displaced but we are just working to see how best we can improve the situation or else the town is going to come to a gridlock — we can’t afford for that to happen,” Lee explained.

He stressed, however, that the expansion of the car park will take some time.

“I wouldn’t say it’s going to happen in the short term but I know that it will happen in the medium term. We are in discussion and we are getting a favourable response from the Railway Corporation,” he said.

President of the St James Taxi Association, Dion Chance, who said he has long been pushing for the expansion, welcomed the news. However he cautioned that the project must be well thought out before work begins.

“It’s not what we do, it’s how we do it… We need a more holistic approach. You’re going to extend but what is the plan? How do you fix it in a way where you have more things in there?” he asked.

He is recommending that the expansion includes amenities that will make the space more user-friendly for commuters and transport operators.

Pune to get a new animal transit centre