You never forget your first comic book store, and 40 years ago I found mine. It’s name was Funny Business, and it was on the Upper West Side of Manhattan. It was there where I began to buy new and back issues of The New Teen Titans, the comic book series that solidified my fandom. The store’s customers were predominantly male but a melting pot of ages, shapes and ethnicities. We were a tribe: fellow readers and collectors who understood.

Since then, with so many comics having been mined by television and film and podcasts and animation, there are multitudes more who understand. There’s also more stories than ever and a significant female readership too. Funny Business no longer exists, but New York City has plenty of other stores. And with Free Comic Book Day coming up on Saturday, it seemed like a good time to check in on them. All the stores were notable in some way — a healthy supply of vintage comics, bountiful toys, a bevy of recommended reading, from the latest DC to the newest Daniel Clowes — but for specific needs, don’t be shy about asking. Most stores will order on your behalf.

If you are inspired to visit a store in New York — or one around the country using the Comic Shop Locator — please heed this advice: Call ahead to verify hours and whether the store is participating in Free Comic Book Day. (Some fans also plan to buy a few issues to support the stores.)

Come for the new comics, plentiful Funko Pops and bargain bins of back issues; stay for the eavesdropping. I overheard an entertaining conversation about an action figure Spymaster, a minor Captain America villain.

A trip up some creaky, dimly lit stairs leads to a chaotic but welcoming store. There is a table set up for fans to play or trade collectible cards, and a maze of cardboard boxes — as if the store is the middle of moving — hold new releases, which skew toward DC and Marvel.

This store, which opened its door during the pandemic, is a deep but narrow space, though still wide enough to allow for tabletop game play. During my visit, an employee recommended some comics starring Dick Grayson, the former boy wonder.

Dimitrios Fragiskatos, the co-owner of Anyone Comics with Thomas Gryphon, said he’s on a mission to spread a love for comics, viewing other stores as consulates, not competitors. I liked the shelf labeled “Leading Comics With Representation” and the original comic art on display, some drawn directly on wall panels. The space also has a lower level for card games and drink-and-draw events.

During the city’s lockdown, this store embraced live online auctions and produced videos that highlighted its wares. It’s densely packed with the expected — and the unexpected: skateboards! A prominent display, from Boom! Studios, included the series House of Slaughter, a horror comic, of course.

The outside table of bargains lured me into this small shop, which still has sufficient elbow room to sift through the plethora of back issues from the 1960s, ’70s and ’80s. I picked up a copy of “Why I Hate Saturn” (1990) by Kyle Baker for $1.

Talk about quirky: The storefront still displays the name of Sparacino’s Bakery, the former occupant. That charm carries forth in its mishmash of crafts, curios and vintage Walt Disney comics. The owner, Gabe Fowler, produces the occasional (and free) “Smoke Signal” illustrated publication.

The Bay Ridge location made me feel as if I had wandered into a convenience store thanks to its soda refrigerator and candy counter, but it had a friendly vibe and discerning taste: A shelf displayed nine volumes of Saga, from Image Comics, about star-crossed (they are aliens) lovers. At the Park Slope outpost, I spotted the “Official Batman Advent Calendar,” which I could not resist picking up for a friend.

Jason Mojica, the owner of Hey Kids Comics, began selling comics with his son on Brooklyn sidewalks, after he learned it was legal to do so. That hobby became this store, which caters to young readers, has a graphic novel club and an in-house zine. Though I’m not a Tron fan, the $125 action figure — in a box shaped like a coin-activated arcade game — was tempting.

The poor signage gives the building the vibe of a villain’s secret lair. (The strenuous aroma from a nearby live-poultry shop adds to the unease.) Once inside, however, I wanted to spend hours exploring the aisles of toys, posters and vintage comics. I bought a copy of Animal Man No. 23, from 1990, which had printed my letter to the editor. By appointment only.

It has taken over four decades to accumulate the treasure trove of new and vintage comics, action figures, trading cards and sports memorabilia here. Speaking with Bella Gaba, the co-owner with her husband, was a treat. After I explained my assignment, she remarked, “They pay you for that?”

The closing of the iconic St. Mark’s Comics after 36 years in the East Village was the end of an era. But it has risen again inside a spacious, brightly lighted area in Industry City. Check out a Captain America statue at the nearby Liberty View Industrial Plaza.

This charming store eschews new releases for trading cards like Yu-Gi-Oh! and Pokémon, loose action figures and an array of back issues, which include everything from Archie to The Walking Dead.

Under new management, in a new location, this store has recent comics, back issues (high end and bargain priced) and lots of cards, baseball and otherwise. A 1978 “Superman” film card made me wistful about not keeping some of my childhood collectibles.

This store blew my mind when I first visited in the late ’80s: a wonderland of comics, posters, T-shirts and toys! I always pop in here when I’m downtown — or in London, to visit its sister store. Its window display captures the store’s spirit: a life-size metallic Terminator skeleton — carrying a rainbow flag.

Its three Manhattan locations each require an upward flight of stairs. I recently met a collector at the Grand Central store trying to sell a 1976 Pink Panther toy (with a pull string that activates a recording) and a 1984 action figure of Soundwave, a Transformer. The store’s outlet in Astoria, open only on the weekends, has nirvana downstairs: a large, brightly lit room teeming with back issues, many priced at 99 cents.

The shop has regular card game tournaments and is expanding to the floor above, which will be used for signings and to showcase local artists. A sign says: “Keep it friendly, respectful and FUN!”

This place is a comic book institution thanks to its owner, Roger Williams, who has run it in some shape or name since the early 1980s. “It’s not work to me,” he said during a recent visit, when I found a couple of Best of DC Blue Ribbon Digests, pocket-size reprint anthologies from the ’80s.

This store — a one-stop shop for Japanese animation and its admirers — is jam packed with DVDs, posters, toys, books and seemingly endless volumes of manga, which are often the inspiration for animated series and films.

This sister store to Brooklyn’s Anyone Comics opened in March. Books for younger readers are displayed alongside the large storefront windows, which are opposite a mural of the Doom Patrol, oddball heroes who include a sentient street named Danny. Another wall has a display of blank covers from Valiant — each with a hand-drawn Hello Kitty for $50.

This store has an active presence on Instagram, highlighting recent acquisitions including Nintendo games, cassette tapes and American comics translated into foreign languages. It is cool to see Wonder Woman utter, “I’ve had my fill of the evils of Man’s world” — in German.

The facade of the roomier Forest Hills location has a mural of comic book characters leading to its entrance, and a birthday announcement for a customer gave it a “Cheers”-like vibe. A locked display case spotlighted some comics like She-Hulk, from 1980, available for $17. The Astoria store has similar stock.

I liked this store’s comics bundles — several issues of particular series for a set price. A set of Captain America issues No. 193-206, which were written and penciled by Jack Kirby, was available for $450.

This store is part of the Wrestling Universe, whose other stores focus on those theatrics. The Flushing store has an excellent stock of back issues, bargain bins and sports memorabilia, including autographed baseballs by the former Mets Howard Johnson and Dwight Gooden for $59.95.

Horror and fantasy (and comics) are the focus here. The owner, Joy Ghigliotti, takes pride in selling hard-to-find items like a life-size Yoda that was part of a Pepsi promotion and a Dragnet board game from 1955. I loved the enthusiastic signage: “$1 Comics Yay!!”

This branch of the retail chain — its website lists 30 locations — is a one-stop shop for pop culture, with vinyl records being just as important as comics. If you ever wanted “Game of Thrones” socks, or maybe a pair adorned with Astro from “The Jetsons,” you’re in luck.

Still chugging along after several moves and getting new management, this store has a life-size Silver Surfer statue in the window, beckoning customers inside. It’s roomier than its sister store in Manhattan’s Kips Bay, and it had a copy of Sovereign Seven No. 19, from 1996, which brought me one step closer to completing my set of comics that published my letters to the editor way back when. 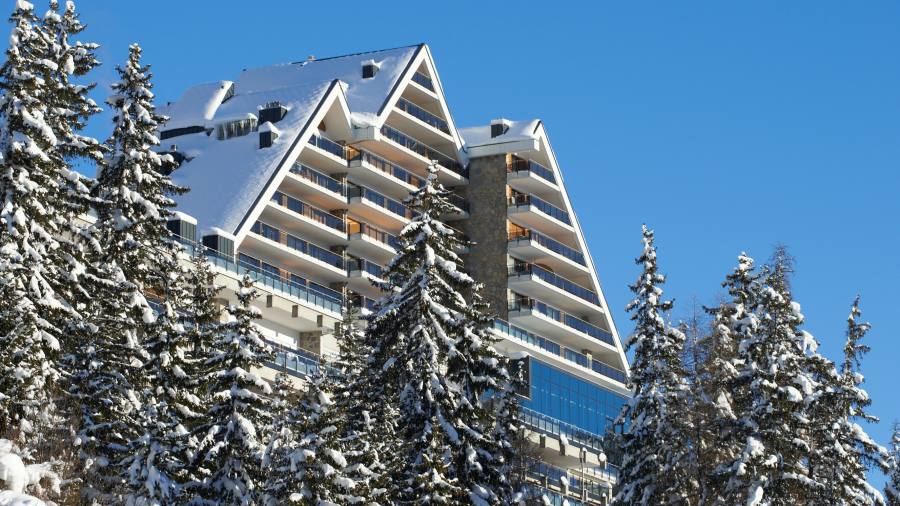