July 14 – As the travel sector seeks to recover from the pandemic, business travel will be crucial to the sector’s fortunes. But when it comes to sustainability, business travel is a big part of the problem.

Flying is the key issue, mainly because there are currently so few sustainable alternatives to traditional jet fuel, and none is expected until after 2030. Just 1% of people cause half of all aviation emissions, according to European non-governmental organisation (NGO) Transport & Environment, and many of these trips are business-related.

In Europe, corporate travellers comprise about 12% of customers but are responsible for 30% of emissions, says Denise Auclair, corporate travel campaign manager at Transport & Environment, which launched a campaign in May with several other European NGOs and U.S. NGO Stand.earth, urging companies to reduce corporate travel emissions by 50% compared with 2019 levels.

In a study ranking 230 of the world’s largest companies, the NGOs found that 193 were failing to act with sufficient speed and ambition to tackle corporate travel emissions, despite the fact that in some sectors they are the biggest part of companies’ carbon footprints. Only eight companies, Novo Nordisk, Swiss Re, Legal & General, Fidelity International, Zurich Insurance, Lloyds Banking Group, Ernest & Young and Credit Agricole, were awarded top scores of As, while 22% were given Ds for either failing to disclose their business travel emissions or having no specific targets to reduce business travel.

Before global lockdowns shut down all movement, business travel was booming. According to McKinsey, in 2019 it was a $1.4 trillion market, with the United States and China comprising nearly half of that, and was growing at 5% a year, faster than global GDP. The impacts of COVID-19 led to a 52% drop in business travel, although McKinsey forecasts a full recovery by 2024.

Yet even before the pandemic, there were signs that some companies where starting to think about the climate impact of business travel, as the Scandinavian concept of Flygskam (flight shame) was becoming more widespread.

The past few years has also seen the emergence of science-based targets, the net-zero movement and the broadening of corporate emissions reduction targets from companies’ own direct emissions to Scope 3 emissions in their value chain.

Auclair of Transport & Environment, says the pandemic showed that, thanks to video conferencing and other digital technologies, companies can function perfectly well without business travel. “Businesses had to find different ways of doing business and keeping in touch,” she said.

A Morgan Stanley survey suggested that about a quarter of travel would be replaced by video conferencing in 2022, and a fifth in 2023.

It is not just meetings that can be done remotely, Auclair points out. “If you need to know what’s going on in a factory, you can use virtual reality technology and it’s almost as if you’re there. And there is an increasing use of drones to do site visits and inspections, particularly for remote and hazardous sites.”

One of the most carbon-effective moves is to travel by train rather than flying. Eurostar says that flights emit up to 13 times more than the equivalent rail journey.

Many trips in places such as Europe, Japan and China, where geography and good rail networks exist, are being replaced by rail. Indeed, France’s parliament voted in 2021 to ban flights where there is a rail alternative of 2.5 hours or less. Such moves are obviously less feasible in markets such as Australia and parts of North America.

Kathryn Read, international sales and marketing consultant at financial consultancy Aon, says: “I’m seeing many companies rethinking whether it’s really worth driving three to four hours for that 60- to 90-minute meeting. If meetings need to be done in person, staff are requested to bundle meetings on that day so that they travel for, say, three to four meetings, not just the one.

“Wherever possible public transport should be used, and all efforts should be made to avoid domestic flights.”

We are charging a carbon fee proportional to the emissions of each airline ticket booked, which is then allocated to the business group responsible for the travel emissions. The fee is designed to fund green investments that decarbonise our operations,” said Geminder.

He added that KPMH had updated its events and meetings policy to reduce travel for internal meetings. “While business travel remains important today, it should be reserved for the in-person moments that matter.”

Nevertheless, there is a big gap between ambition and action on cutting CO2 emissions in business travel, according to the Global Business Travel Association. A survey of 762 members and 100 external stakeholders, including policymakers and NGOs, earlier this year found that while tackling climate change is now the top priority for 88% of the business travel sector, only 14% think the industry is currently well advanced on sustainability. Barriers cited included higher costs, limited data, and lack of access to transparent information. Even where rail travel is a feasible alternative to air travel, for example, it is significantly more expensive.

There was a big divergence between what business customers were demanding and what the industry was supplying, with 73% of buyers encouraging or mandating taking fewer trips, and 60% of suppliers not encouraging such reductions in travel. Europeans are much more likely to support the encouragement of less travel and six times more likely than North Americans to support mandating multimodal travel options.

In an effort to plug the data gap, travel management group HRS launched the Green Stay Initiative 15 months ago. The initiative, which now has hotels in 72 countries in the scheme, scores hotels on factors such as carbon, water and waste, providing advice on how hotels can become greener, and giving companies carbon footprint data so they can manage their business travel emissions.

The scoring scheme, which uses methodology from the Hotel Carbon Measurement Initiative, incorporates all greenhouse gas (GHG) emissions from activities within a hotel, including restaurants, meeting spaces, spas and gyms, to give a carbon footprint per occupied room.

Dina Belon is vice-president of operations and real estate for StayPineapple, a boutique group with 10 urban hotels across the United States that is a member of the Green Stay Initiative.

“For corporate travellers, sustainability is important, particularly large corporates,” she says. “We are part of their supply chain. They have to report on those emissions, and they want data on that.”

Courtney Kelso is executive vice president and general manager of global commercial cards at American Express, which introduced a carbon footprint dashboard for corporate clients in 2019. “We know our corporate clients are increasingly looking for solutions to better understand their impact when it comes to carbon emissions around employees’ travel,” she says.

Last year, American Express announced a goal to pilot low-carbon product innovations for its customers as part of its Advancing Climate Solutions initiatives and its own 2035 net-zero goal. It is also launching an offset referral suite to allow companies to manage their footprint via offset solutions, including investments in large-scale carbon removal, reduction projects and avoidance projects. Currently available only to U.S. clients, Amex hopes to expand the service to other markets in future.

Auclair at Transport & Environment points out that laggards in its business travel survey include companies that have signed up to some of the ambitious climate targets, such as Microsoft, IBM, Google and Accenture.

However, many of these same companies are part of the 60-member World Economic Forum’s Clean Skies for Tomorrow Coalition, which is working to increase the uptake of sustainable aviation fuel as the most viable solution to decarbonising the aviation industry in the short term.

In June 2021, the coalition launched a sustainable aviation fuel certificate framework, a “book and claim” system where companies seeking to offset their corporate flights can purchase certificates that will cover SAF’s price premium even though it may not be available at their departure airport. It will instead be fed into another aircraft in an airport where it is available.

Microsoft, for example, has bought certificates from Alaska Airlines and SAF producer SkyNRG to cover employee travel between Seattle and three Californian airports. It is also purchasing certificates in another pilot project announced last September with Air BP and United Airlines to supply 26,500 litres of waste-based SAF at British airports.

In June, Shell, Accenture and American Express launched Avelia, a blockchain-powered SAF book and claim system, offering an initial 1 million gallons of SAF for companies to offset their business travel, enough to power 15,000 individual business traveller flights from London to New York. The SAF will be blended 50% with kerosene. Shell said it intends to cover 45% of its corporate travel emissions through SAF by 2030.

But Auclair at Transport & Environment said investing in SAF shouldn’t be a substitute for making efforts to fly less. “Between flying less and SAFs, it’s not either/or but both/and. We need to stop making aviation’s climate problem worse, and at the same time find alternatives to burning fossil fuels on planes.”

Opinions expressed are those of the author. They do not reflect the views of Reuters News, which, under the Trust Principles, is committed to integrity, independence, and freedom from bias. Ethical Corporation Magazine, a part of Reuters Professional, is owned by Thomson Reuters and operates independently of Reuters News.

Mike Scott is a former Financial Times journalist who is now a freelance writer specialising in business and sustainability. He has written for The Guardian, the Daily Telegraph, The Times, Forbes, Fortune and Bloomberg. 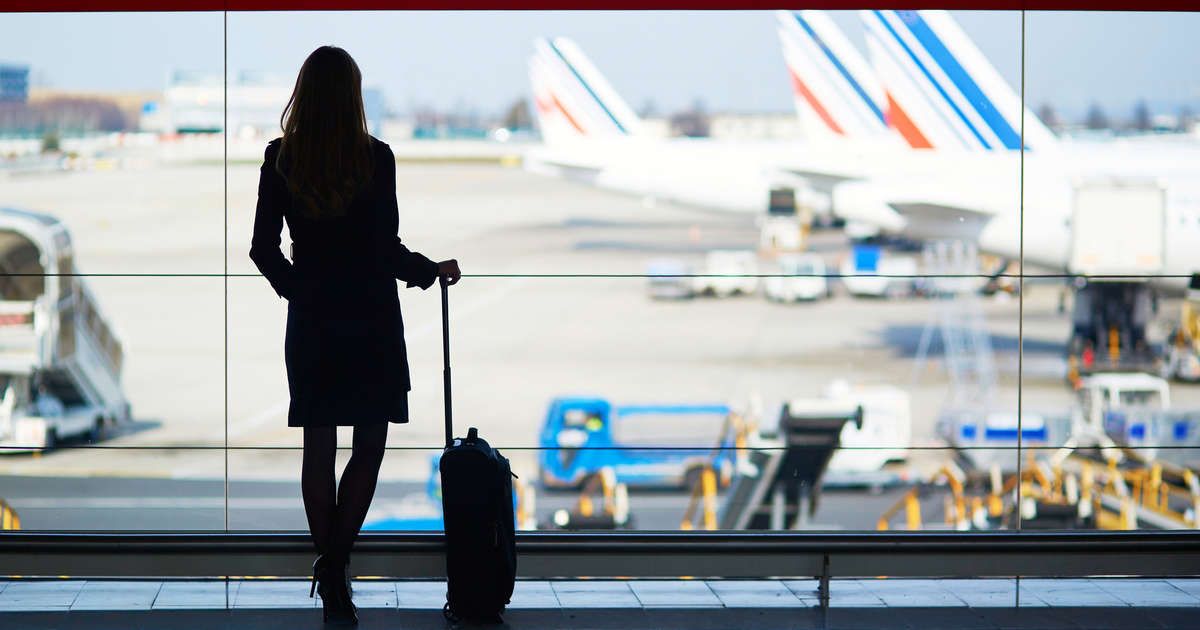