IT began with a pub chain’s well-intentioned efforts to make sure the name of a town’s oldest hostelry did not cause offence.

However, brewing giant Greene King clearly did not reckon with the dogged determination of the people of Linlithgow, in West Lothian.

Its plans to rename the Black Bitch amid fears it has racist and offensive connotations, sparked a torrent of protest plus a suggestion from Scotland’s leading human rights campaigner that its move might reinforce precisely what the company is trying to prevent.

Professor Boyle, one of the country’s top composers, has given a spirited message of support and criticised “the woke” who have confused the meaning behind the pub’s name.

In a letter to campaigners fighting the move to rename the pub The Black Hound, he said: “The time has come to stand up for historical tradition and not bow to the woke who seem not to have the intelligence to comprehend that the words ‘black bitch’ refer to a dog.”

The pub takes its name from a 700-year-old story of a faithful black greyhound that swam across the town’s loch to deliver food to her incarcerated owner.

References to the legend can be found throughout the town; a black dog featured on Linlithgow burgh seals in 1296 and 1357, and in the coat of arms in 1673.

There is also a contemporary sculpture, The Black Bitch of Linlithgow in the town’s high street, and locals proudly refer to themselves as “black bitches”.

However, pub bosses claim the name is “racist and offensive” and suggested Linlithgow’s oldest hostelry be renamed The Black Hound instead.

In his letter of support, Professor Boyle told how he had been commissioned to write a classical work for the Fine Arts Brass Quintet and had taken his inspiration from the legend of the black greyhound.

He said: “Having researched all I could about Linlithgow I decided to use the wonderful legend of the dog as the basis of this new piece, which I titled Elegy For The Black Bitch.

“This piece was nominated for a British Composer Award in 2005: the illustrious panel that nominated it clearly saw no racism or misogyny in the piece and I have no intention of changing the title.”

READ MORE: A tale of loyalty hijacked by wokes that will only help to fuel racism

His intervention follows outrage from locals, which has seen protests held outside the high street pub and a petition with 11,000 signatures.

The row has also united politicians and led to a UK parliamentary motion condemning the move as a “misguided attempt at virtue signalling”. 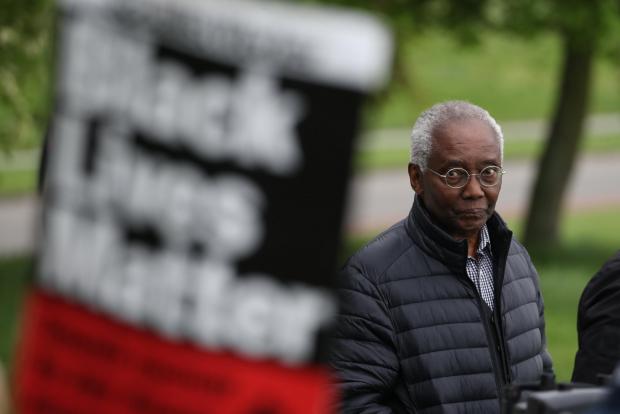 Speaking at the recent Icon Scotland Plenderleith Lecture, he said: “The owners of the pub want to change [the name] because they think they are doing me a favour. That’s not doing a favour for black people. If you change that name you are actually saying a black person is called a black bitch.

“This is sometimes the lack of thinking that some people who mean well can carry out, and therefore that sign should remain because it’s referring to a story about a dog.”

The campaign to save the name has also been supported by West Lothian Council. A motion supported by SNP, Labour and Conservative councillors said: “For generations, people who were born within the boundary of the Royal Burgh have been proud to be known as Black Bitches given their association with the town.

The original reason given for the name change, that it was racist effectively, now makes this a slur on the reputation of these residents.”

A spokesman for Greene King said the company is considering responses to the name change and a final announcement on the proposed name change is expected shortly. 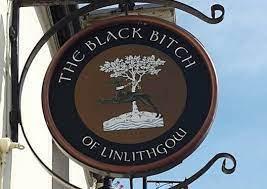 However, the row has also turned focus on Greene King’s own history. Its founder, Benjamin Greene, was a pro-slavery plantation owner who opposed the Slavery Abolition Bill and kept enslaved people at his estates in Montserrat and St Kitts.

Nick Mackenzie, Greene King’s chief executive, said: “As part of our commitment to being an anti-racist organisation we want our pub names to be welcoming and inclusive and that means taking action when there is a need to make a positive change for the better.”

But Alistair Old, spokesman for the action committee fighting the proposal, said it had caused “deep anger and offence” and even led to racist abuse towards its members.

“Greene King’s actions and their damaging statements have also raised unhealthy divisions in the town, and presented a target for racist individuals to attack some of our members.

“We sincerely hope Greene King will finally accept they have been over- zealous in their endeavors to be seen as an anti-racist organisation.

“They only weaken true cases of racism by targeting names which have no association with racist origins.”

He added: “It is ironic that a company with a founder and a history steeped in the transatlantic slave trade should point the finger at Linlithgow’s heritage and its famous greyhound and claim it is racist and offensive

“Perhaps they should reflect on their own name instead as it has strong ties with the slave trade.”