COLUMBUS, Ohio — The travel industry plummeted last year as the world struggled with the onset of a global pandemic, one that battered the economy and prompted uncertainty for businesses reliant on tourism dollars.

But with state parks, zoos, museums and other venues modifying COVID-19 safety restrictions and Gov. Mike DeWine announcing the ending of state health orders on June 2, there’s a rising sense of optimism for national and state travel.

Based on research fielded on April 28 by Longwoods International, a Columbus-based market research consultancy that specializes in travel and tourism, 86% of American travelers plan to take a trip within the next six months.

The agency also found that 53% support opening up their communities to visitors, 60% feel safe traveling outside their community and 31% are choosing a destination they can drive to as opposed to flying.

In seeing the recent data, TourismOhio Director Matt MacLaren said he’s not surprised by the results, especially as vaccines have increasingly been distributed. He’s confident the travel industry will see some much-needed expansion and begin to generate revenue last seen prepandemic.

“The research right now is really indicating that we should have hope and optimism,” he said.

“We’ve seen more people get vaccinated and see the right safety procedures. And in seeing this nice weather, people are ready to travel again. And I think we will continue to see that number go up, too.”

From an economic standpoint, Melinda Huntley, executive director of the Ohio Travel Association (OTA), said the state’s travel industry is in a dire need of recovery after losing billions of dollars in travel spending since March 2020.

Ohio has lost $14.5 billion in travel spending since March 2020, according to the U.S. Travel Association. But given Ohio’s outdoor recreation and road-trip opportunities, which will be in high demand this summer, Huntley said she thinks that the state’s travel economy will be revived at a higher clip than other areas.

“I think we’ll be able to recover quicker because of who we are and our population base and the fact that (we’ve) got some phenomenal attractions in every corner of the state,” Huntley said.

With that in mind, here is a sampling of travel destinations in the Buckeye State for those who are yearning for a day trip or weekend getaway. And although the health orders will soon be lifted, we suggest calling ahead or checking websites for the latest safety guidelines in place.

After reopening May 22, Zoombezi Bay welcomed back its loyal water park divers and swimmers for its “Sneak Peek Weekend.” The nearly 23-acre aqua park, located next to the Columbus Zoo and Aquarium in Delaware County, will allow 30% in-park capacity for guests to safely enjoy attractions such as the Baboon Lagoon, Cyclone, SoundSurfer and others.

The park will open for daily guests on May 29. For ticket prices and other information, go to zoombezibay.columbuszoo.org/home.

In for a thrill? Cedar Point in Sandusky opened mid-May with an Old West-styled festival. Frontier Festival kicks off this year’s outdoor season at the 364-acre amusement park, which will feature live bands, pie-eating contests, games and crafters.

But for many people, the main attractions are the thrilling rides. Visitors can withstand the inversion-filled Corkscrew, conquer the 310-foot Millennium Force or check the classic Blue Streak off their bucket lists.

Cedar Point Shores is set to reopen daily on May 29, allowing guests to enjoy the water park’s 18 acres of slides, geysers, fountains and redesigned cabanas. To plan a trip, visit cedarpoint.com.

Kings Island in Mason also opened this month with a return to more normal circumstances. The park has new reopening protocols to help reduce the spread of germs and ensure everyone’s safety.

For those who didn’t venture out to Kings Island last summer during the global shutdown, you missed the park unveiling of Orion in July. Now is your chance to take your first run on the seventh giga coaster on the planet.

Reactions to the coaster and its 300-foot drop were tremendous, and fans voted Orion the “Best New Amusement Park Attraction” in 2020 in the USA Today 10 Best Readers Poll, beating out Candymonium at Hersheypark and Star Wars: Rise of the Resistance at Disneyland.

Orion is located in the space-themed Area 72 (Kings Island opened in 1972, get it?) along with Flight of Fear. Or just look for the longest line.

The Soak City Water Park will open on May 29 in time for Memorial Day weekend.

For more information, go to visitkingsisland.com.

There are few states as enriching as Ohio, as evidenced by the number of nationally and internationally recognized museums and institutions located inside the Buckeye State.

Along with the Rock and Roll Hall of Fame in Cleveland and the Pro Football Hall of Fame in Canton, the state is also home to the Center of Science and Industry (COSI), Downtown, which is scheduled to open June 3; the American Sign Museum and the National Underground Railroad Freedom Center in Cincinnati as well as several other storied centers. Contemporary and historic art exhibits and events can also be found at the Columbus Museum of Art, The Cleveland Museum of Art and The Toledo Museum of Art.

Current and ongoing exhibitions include “Think Outside the Brick: The Creative Art of LEGO On View” through Aug. 20 at the Columbus Museum of Art; “Paintings, Politics and the Monuments Men: The Berlin Masterpieces in America” from July 9 to Oct. 3 at the Cincinnati Art Museum; “Changing Times: Art of the 1960s” from now to Sept. 12 at the Dayton Art Institute and several others.

For a full list of Ohio’s museums, visit ohio.org/wps/portal/gov/tourism/things-to-do/museums.

Rolling hills, beautiful wetlands and alluring bike trails are synonymous with Ohio’s recreational grounds. With so many offerings, it’s hard to choose from the 70-plus state parks.

Visitors can fish, swim or paddleboard on the shores of Lake Erie at Maumee Bay State Park, or camp at Salt Fork State Park in Guernsey County. For other parks around the state, go to ohiodnr.gov.

Located near Newark, Dawes Arboretum offers a collection of trees, gardens and natural areas that span over 2,000 acres.

With an extensive list of exotic plants, outreach programs, classes and exhibitions, the Franklin Park Conservatory and Botanical Gardens in Columbus is where nature and art intersect. Guests can explore more than 400 species of plants in the conservatory’s biomes and marvel at the glasswork of artist Dale Chihuly.

Through Dec. 31, 19 installations of Chihuly’s work will be on display at the conservatory’s biomes for the “Chihuly Collection.”

Upcoming exhibitions such as “In The Garden: Color To Discover” will feature thousands of carefully tended foliage and flowers from May 29 to Sept. 12.

Other current and future showcases can be found at fpconservatory.org/explore/exhibitions.

Seeking some wildlife? Take a trip to Ohio’s zoos and aquariums, as each of them offers a diverse roster of animals, habitats and immersive experiences.

The Columbus Zoo and Aquarium, Cleveland Metroparks Zoo and the Cincinnati Zoo & Botanical Garden — along with others — are home to thousands of exotic and domestic animals as well as a number of enchanting tours for visitors of all ages. Tourists can also view animals roaming through acres of open land at The Wilds in Cumberland or African Safari Wildlife Park in Port Clinton.

For more information about Ohio’s zoos, go to touringohio.com/ohio-zoos.html.

With breathtaking vistas, shorelines and woodland areas in all four corners of the state, roadside travelers can spot some of Ohio’s greatest attractions through a series of planned road-trip itineraries.

Each of the 10 road trips — “Foodie Fill-Up,” “Vibrant Cities,” “To The Moon and Back,” “Art Road Trip” and others — feature hundreds of miles of tourist stops, along with hotel and restaurant options. Excursions such as “The Scenic Route” will direct drivers to places such as Maumee Bay State Park, Lake Erie Islands, Holden Arboretum and other charming destinations.

To spot an ideal road trip, go to roadtrips.ohio.org.

Music venues and event spaces are opening their doors to a host of showcases, festivals and concerts.

Upcoming festivals include the Breakaway Music Festival Sept. 3-4 at the Historic Crew Stadium; the Alive Music Festival 2021 July 15-18 at Atwood Lake Park in Mineral City; and the 2021 Country Fest from June 16-19 and July 22-24 at Clay’s Park Resort in North Lawerence.

Concerts, many that were rescheduled because of COVID-19, are also seeing an uptick this summer. Grammy Award-winning artist John Legend is scheduled to grace the stage on Sept. 4 at the Rose Music Center in Huber Heights and country singer Eric Church is set to perform on Sept. 18 in Nationwide Arena and Sept. 24 at the Rocket Mortgage FieldHouse in Cleveland — along with other notable showcases.

A car show and more

Mindy Brems, executive director of the Coshocton Visitors Bureau, said Coshocton, because of its falling in the middle of a triangle between Columbus, Cleveland and Pittsburgh, puts it in a perfect spot.

“We’re in a couple hours drive of many millions of people and that puts us in a great position to attract what I believe is going to be the driver of summer tourism. That’s the day trip and the drive trip,” Brems said.

Coshocton has many special events known across the state, too. Most of those were canceled in 2020, and they are looking to return this year, including the Coshocton Hot Air Balloon Festival planned for June 10-12 and, a little beyond summertime, the Roscoe Village Apple Butter Stirrin’ Festival set for Oct 15-17.

A new theater troop, Rogue Elephant Productions, will present the musical “Into the Woods” during August in the amphitheater of Clary Gardens.

Other upcoming events include the Corvette Cruise-In June 13 in Roscoe Village, a butterfly enclosure exhibition June 15-20 at Clary Gardens, the Indian Mud Run adult obstacle course June 26 at Lake Park and the Coshocton Sunflower Festival Aug. 13-15 at the KOA Campground.

For more information on Coshocton County tourism and events, go to visitcoshocton.com.

Throughout the state’s southeast region, the Hocking Hills boasts an assortment of outdoor adventures. Like other surrounding cities, travelers can go boating, kayaking or canoeing at the Hocking Hills Canoe Livery or The Boathouse at Strouds Run State Park near Athens.

To walk alongside scenic pastures and woodland spaces, nature enthusiasts can visit a number of sites nestled in the Hocking Hills. Places such as Old Man’s Cave, named after a 19th century hermit, offer unique rock formations, hiking trails and waterfalls.

Other offerings such as canopy tours, fishing, horseback riding, cabin rentals or zip lining are among summertime favorites. For more Hocking Hill attractions, go to hockinghills.com/. 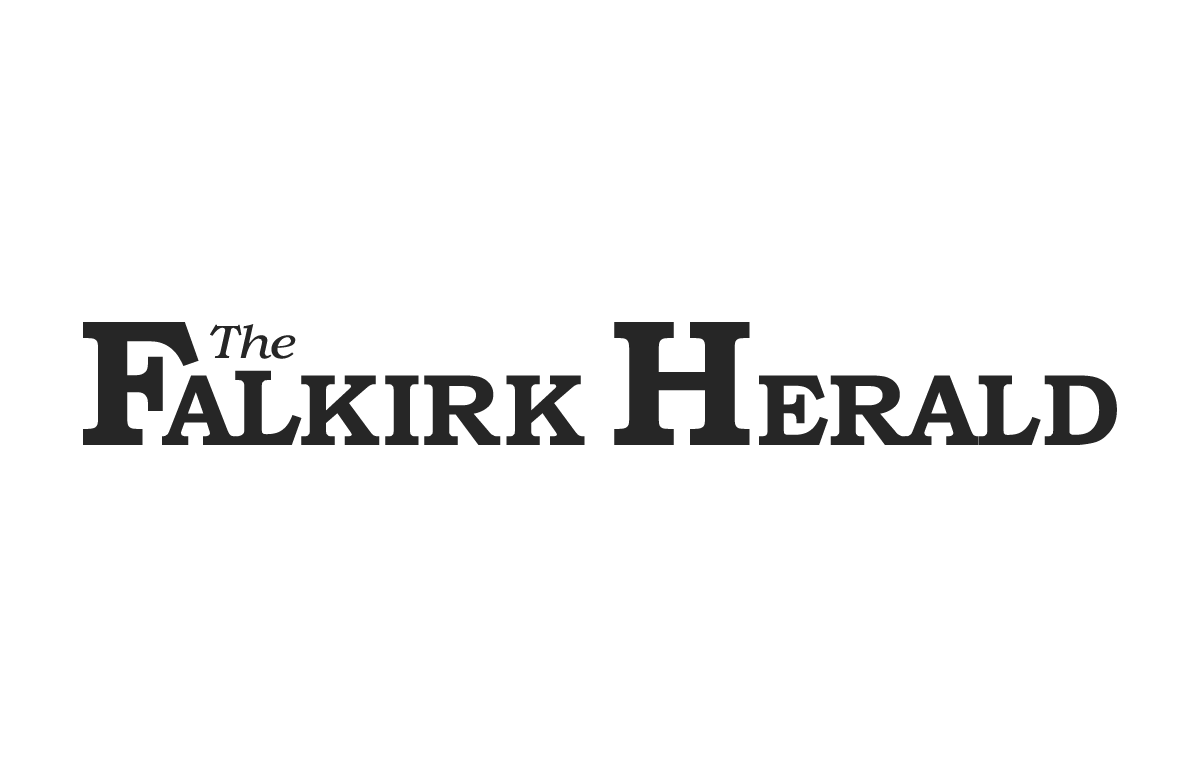 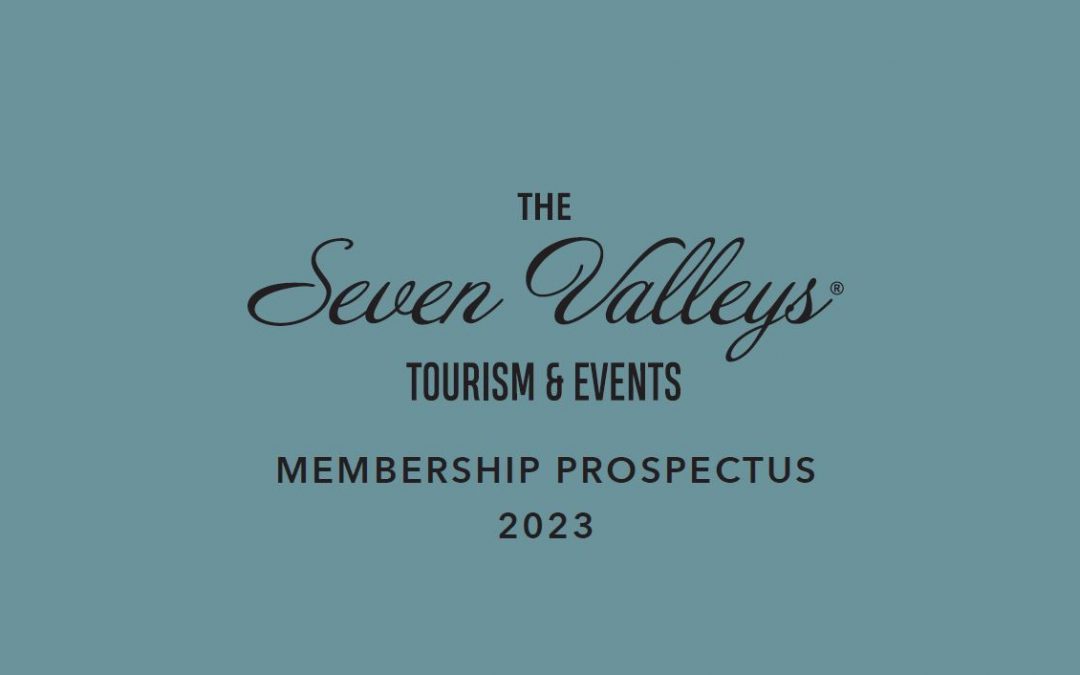